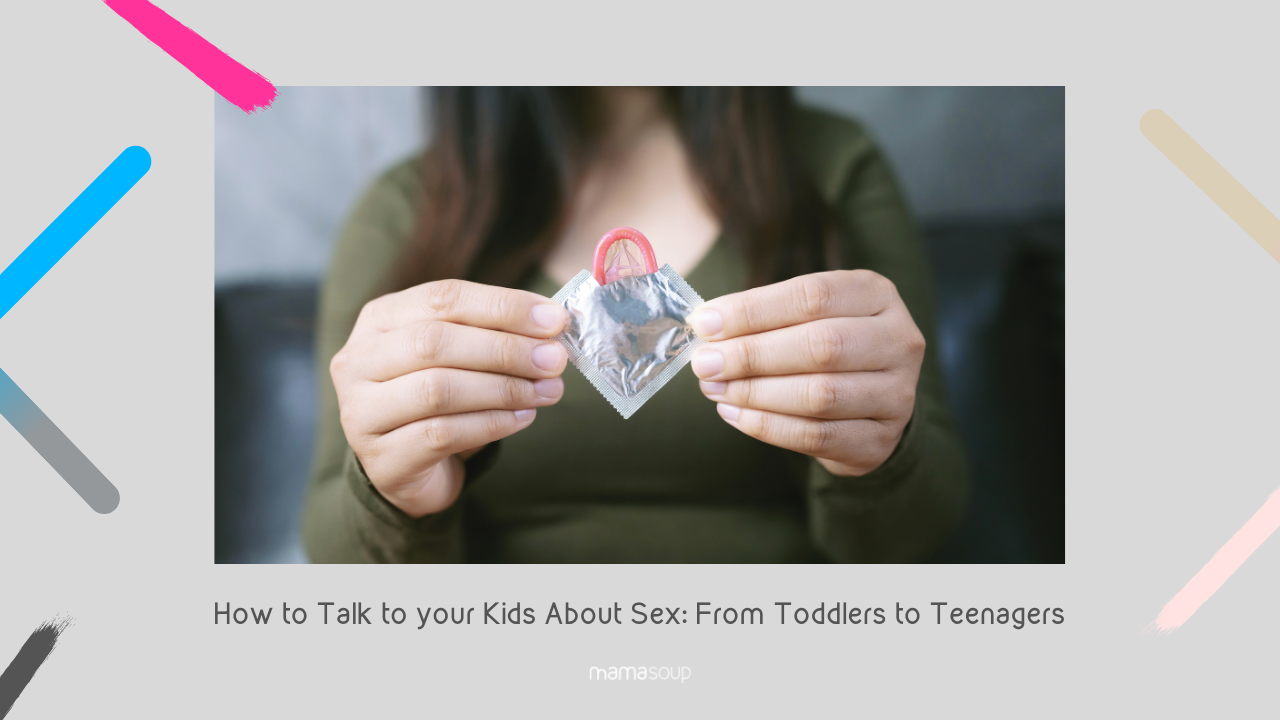 Tips for Talking to your Kids About Sex

As a seasoned mom of four, one of the questions that I get from moms at every stage is:

How do I talk to my kids about sex?

As a nurse who has worked for years in the birthy-world, my kids have been exposed to textbooks, websites and videos of birth for their entire lives. In my case, I’ve had to be careful about exposing them: too much, too soon. But most parents don’t have that problem. In fact, the opposite is true- they struggle to find the moments, the words and the courage to speak to their kids about the birds and the bees.

Look, I don’t blame you if you’re struggling with sex-talk.

(btw- I talked all about it on The Sexy Saturday Podcast recently!) 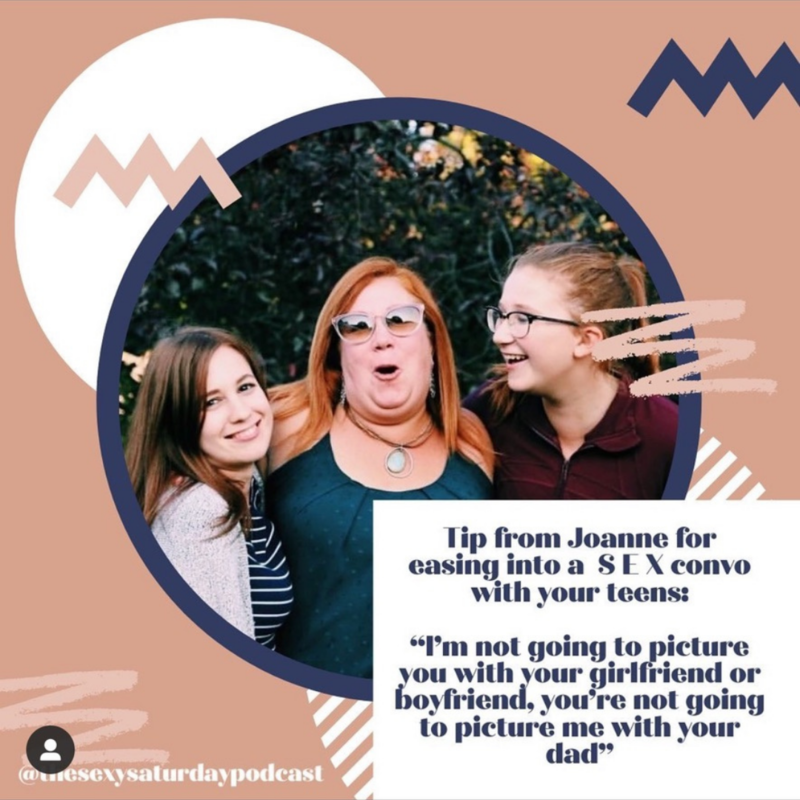 When I had my first daughter almost 30 years ago, I made the decision to be open and honest with her about sex so she would feel empowered by her sexuality and her body, not burdened or confused.

So how did I do it? Read on to find out! 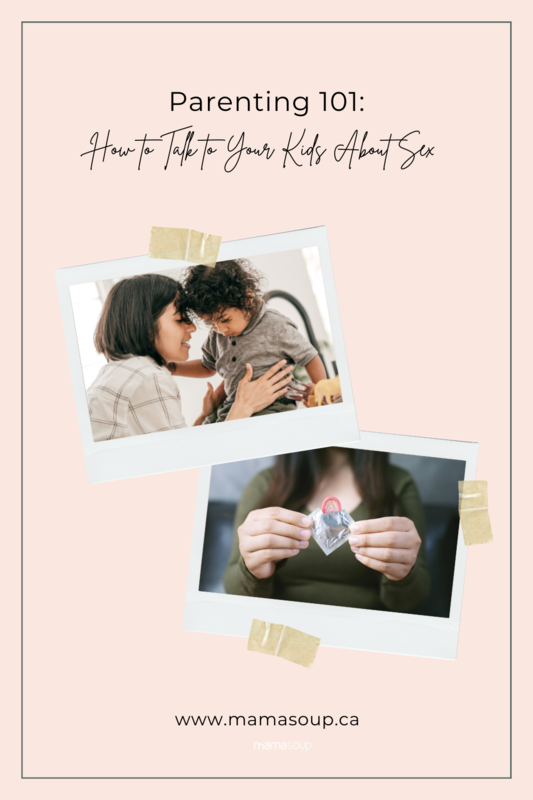 Talking to Toddlers and Young Kids About Sex

I started talking to my kids early about sex so the ‘sex talk’ would never be an awkward memory for either of us. And by talking about it, I mean:

☑️ Never scolding a toddler for touching their genitals, but placing boundaries instead (eg: I know it feels nice to touch your penis, but that’s something you can do by yourself in your room, ok?)

When you talk about families and relationships, make sure you talk about the fact that they may look different than your family. Talk about same sex relationships if that’s not something that your kid has been exposed to, and make them understand that love has many looks.

Answer your kid’s questions as they come up- don’t put them off.

I’ll never forget the night we were sitting around the dinner table with three of the kids when my daughter, who was about seven or eight years old, asked,

It was pretty tough to not laugh, choke or let the floor suck me up. And I’m pretty sure I had to take a beat, because I remember my husband piping up, It’s a slang word for a vagina. It’s like a swear, so try not to use it around grandma and grandpa.

As hard as these conversations are, your kids will start to trust you as a source of information without judgement. Isn’t that what we all want as parents?

Pre-teens and Teenagers: Assume They Know a Lot More Than you Think

There’s nobody more surprised than a mom who checks her kid’s DM history! Seriously, even if you think your kid is immature and innocent,  they’re absorbing information through the playground, video games, the internet, school hallways and movies.

They know more about sex than you realize and now it’s your job to make sure the information is accurate.

I always found out a lot of stuff by just listening. Whenever we were  in the car driving friends home, when they were on the phone, when I was picking up at school and at sports- kids talk and if you’re super-quiet, they’ll kinda forget that you’re there.

By listening, you’ll get an idea of what’s happening and what issues are coming up for your kid. That was always a great starting point for tricky conversations later. A great example of this was when I heard my daughter’s friends talking about a girl sharing nudes with her ‘boyfriend’. The girls were 16 so I wasn’t completely shocked, but it was a great way to start a conversation about sending nudes with two of my kids. 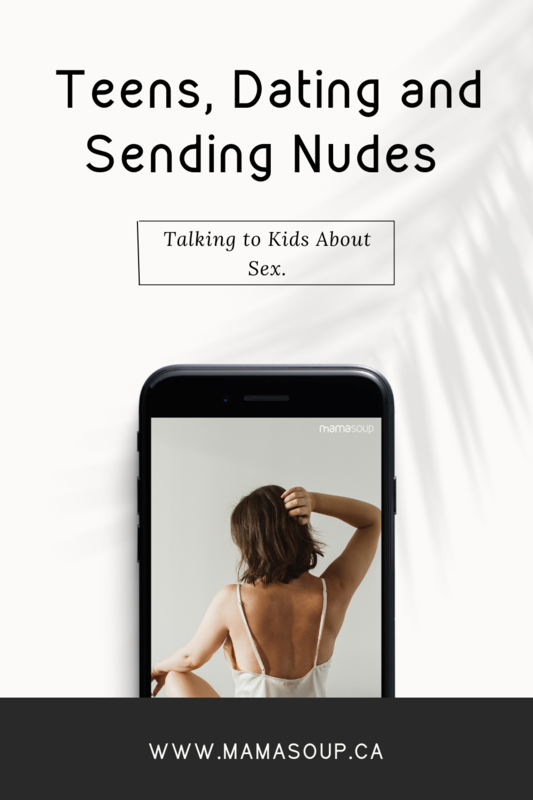 This is a really important conversation to have with your kids, whether it’s your son or daughter. There seems to be a culture of boys expecting to get nudes from girls. When one of my daughter’s was about 15, she was seeing a new boy and I asked her what he was like. Her answer?

He’s really nice and he’s never asked me for nudes or anything.

Is this really the standard we want to measure dateable guys by? It’s up to us, as parents, to teach our kids to respect each other from a young age. Because from what I’ve seen, there isn’t a lot of that going around in high schools.

No opinions, just offer solutions if you’re asked for them

Oh shit, this is hard. But the truth is that once your kid reaches a certain age, they’re no longer listening to you. Offering your opinion or being punitive will only put a wedge between you and that makes parenting a teenager so much harder. You want to keep the communication open by listening to their issues, keeping your opinions to yourself and offering suggestions for solving their problems ONLY if they ask. Be there for them and guide them but if you want them to trust and respect you, you’ve got to step back.

I’ve told my girls to take control of their own pleasure, explore themselves and make sure they know what feels good and what doesn’t so they can communicate with their partners.

Are these easy conversations? Well, wine helps. But HELL no.

By the way, you can share you personal teenage experiences but never talk about your sex life with their other parent. That’s awkward and gross for everyone involved.

I know a lot of parents are terrified about their kids getting pregnant. So they go to the doctor as soon as their daughter is in high school and have her put on the pill or get the Depo shot. Pregnancy is a huge concern and as someone who was pregnant at 19, I know the effects that can have on a family. But please talk to your kids about safe sex.

I have two daughters and neither one of them is on the pill because we know that it comes with health risks. The conversation in our house has always been like this:

Getting pregnant isn’t the worst thing that can happen from unprotected sex, but dying is. Sex is fun but it’s not worth dying over so wear condoms.

When they were younger, we always left condoms in their bathroom- no questions. I told them to use them, share with their friends or make water balloons, I didn’t care. Just get comfy with them because they need to be part of a healthy sex life!

(RELATED READ: My Friends Can't Believe I Buy Condoms for my Teenagers)

Look, have I been a perfect parent? Fuck no. I haven’t always handled things the best way, but the beauty of having four kids is that you get lots of practice and chances to improve. I have a wonderful relationship with all of my kids, they’re all in long-term relationships and we have some great open discussions.

I really hope that I’ve given you some ideas and tools to cultivate communication about sex with your kids, too!

Links below to listen to me on The Sexy Saturday Podcast! 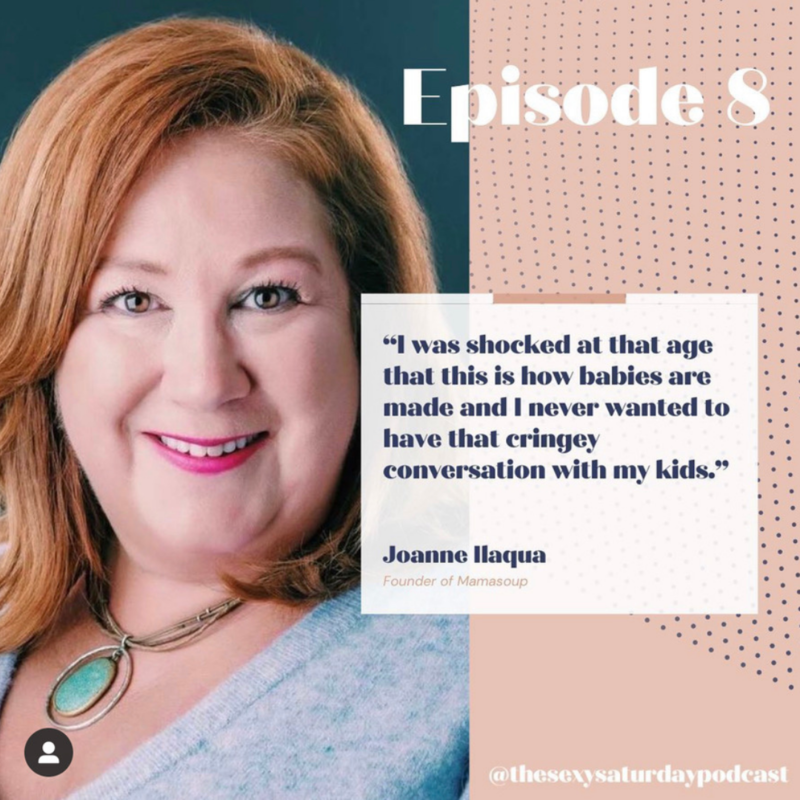